Since a decade ago studies on Single Cell Protein (SCP) had drawn the attention of scientist to bridge the protein gap. The use of algae as food and feed is known since centuries as they form part of the diets is East Asian countries as well as the natives in Central Africa. Some of the algae like Chloralla, Soenedesmus, Coelastrum and Spirulina have been found to suitable for mass cultivation and utilization. The advantages in using algae include simple cultivation, effective utilization of solar energy, faster growth and high protein and nutrient content. 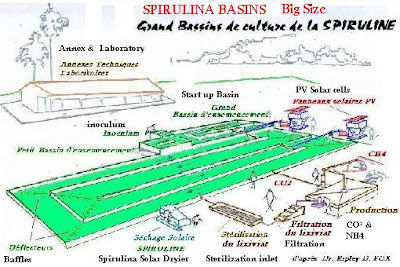 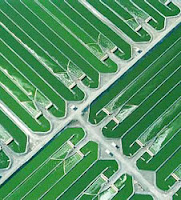 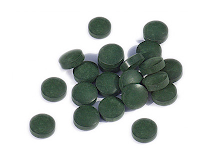 Data on Amino Acid Composition of Spirulina Protein in Comparison to Data of the Literature and the Recommended Pattern by FAO/WHO (g/16N)
Protein Based Nutritional Value
Ø  By using Protein Efficiancy Ratio (PER), Biological Value (BV), Digestibility Coefficient (DC) and Net Protein Utilization (NPU) the nutritional quality of sun-dried Spirulina will be established.
Supplementary effect of Protein from Spirulina to Other protein sources 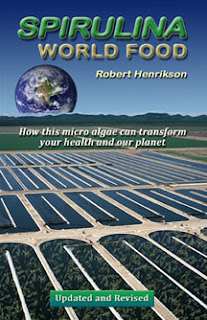 Conclusion
Monoculture of one algal species using the conventional methods is an expensive project. However, Spirulina cultivation can be projected with small investment since costly agitation, aeration nor sophisticated harvesting and drying technology is not required. The simple cultivation technology as well as the good protein value of Spirulina could promote its cultivation to be done in large scale of production.
Spirulina seems to be the most promising strain for developing countries to be added to the array of armaments to nourish the nation’s economical values. The advantages of these algae are easy cultivation, good yields per unit area, good quality of its protein and absence of any harmful or inconvenient side effects.
Refferences
By
Tevan Ramanathan
Posted by M.Sc Biotechnology/ Biotechnology with Business Management at 2:57 PM